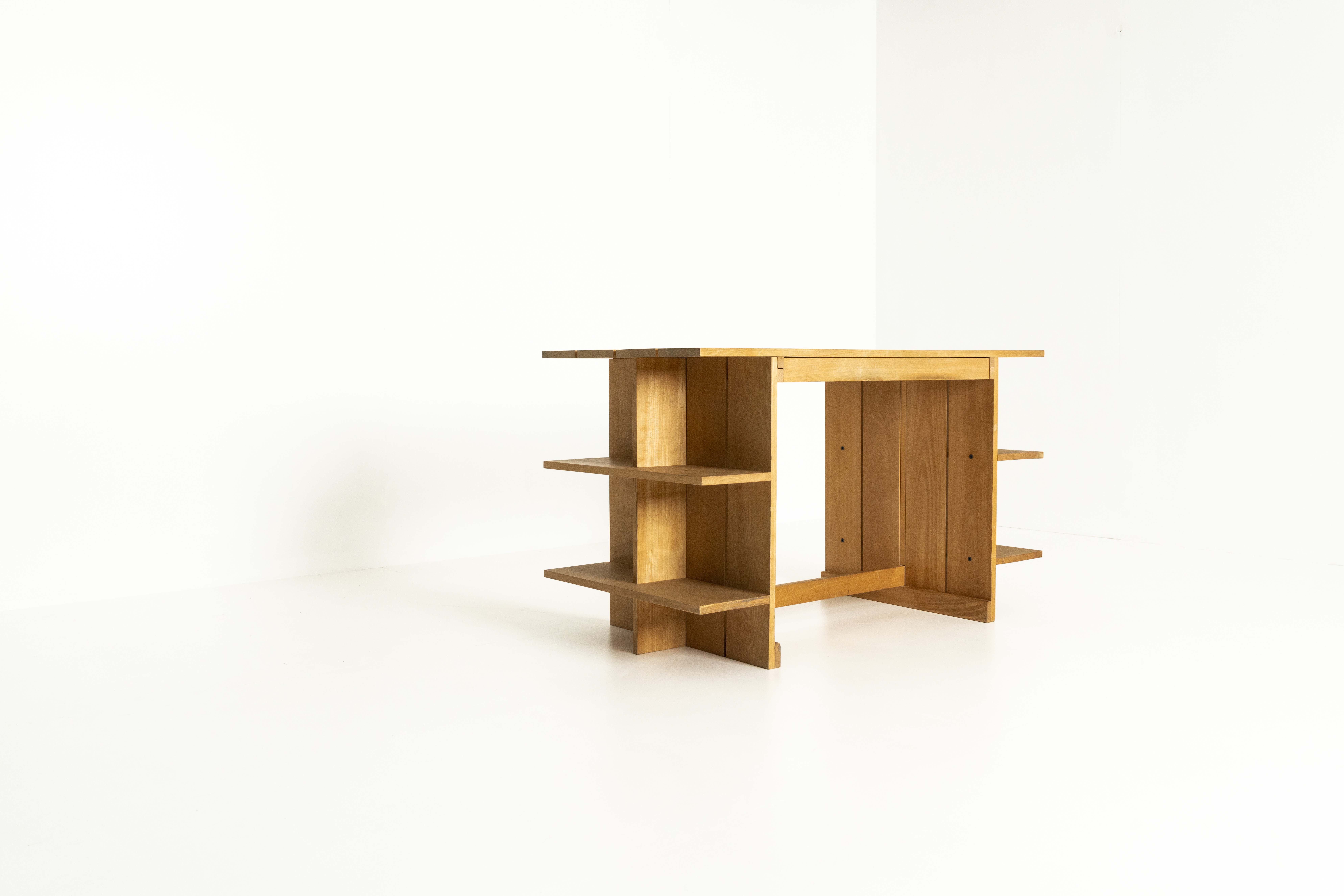 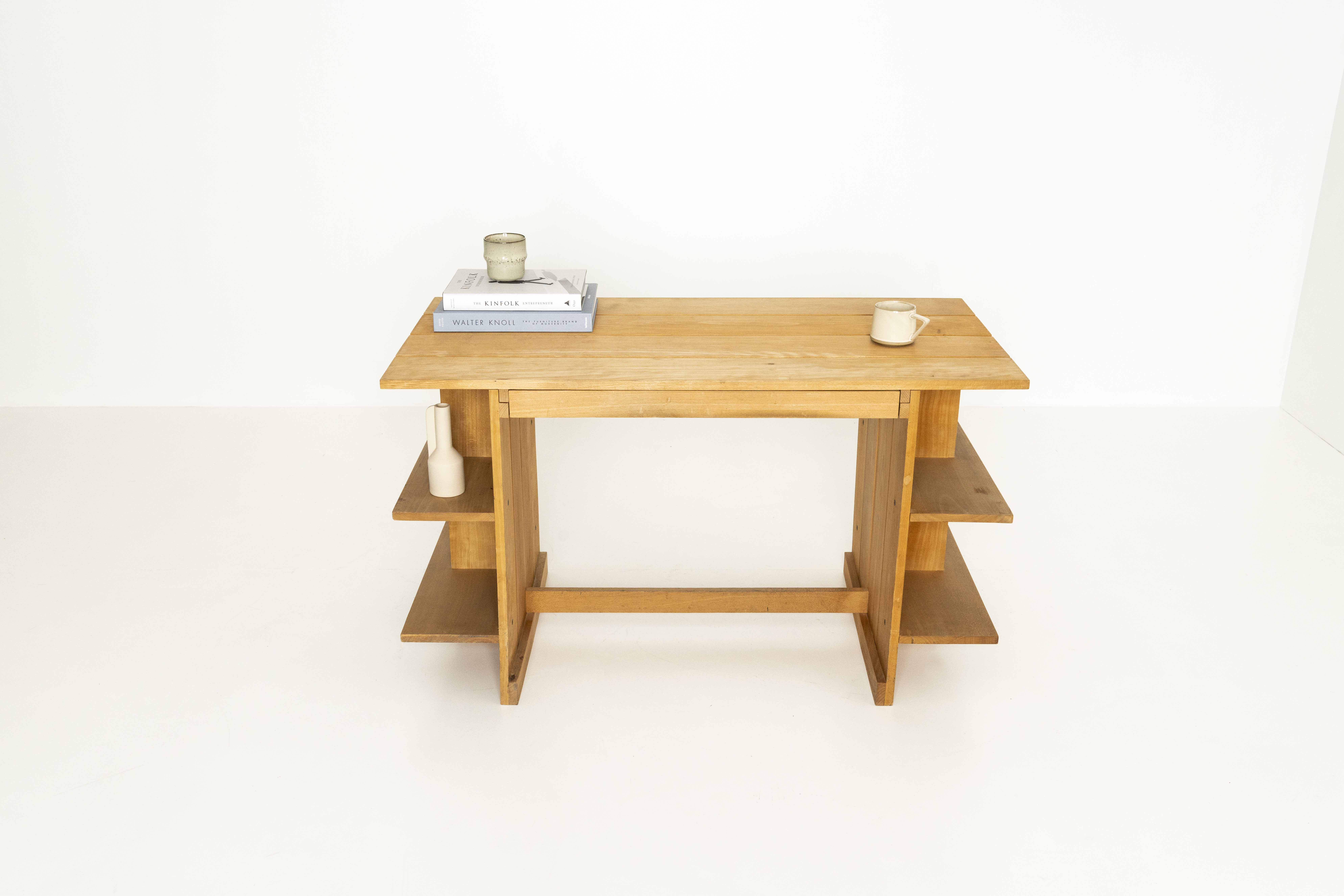 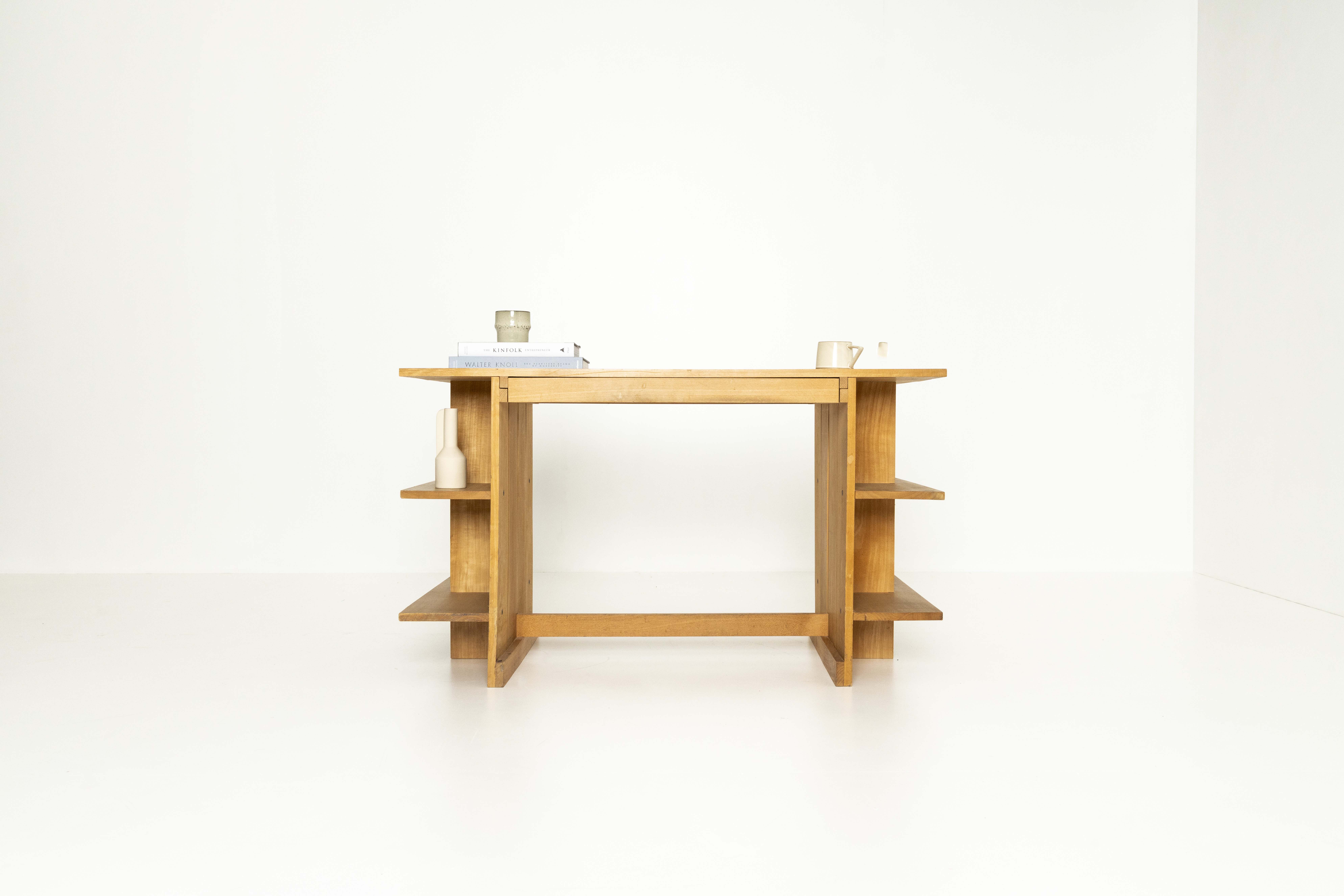 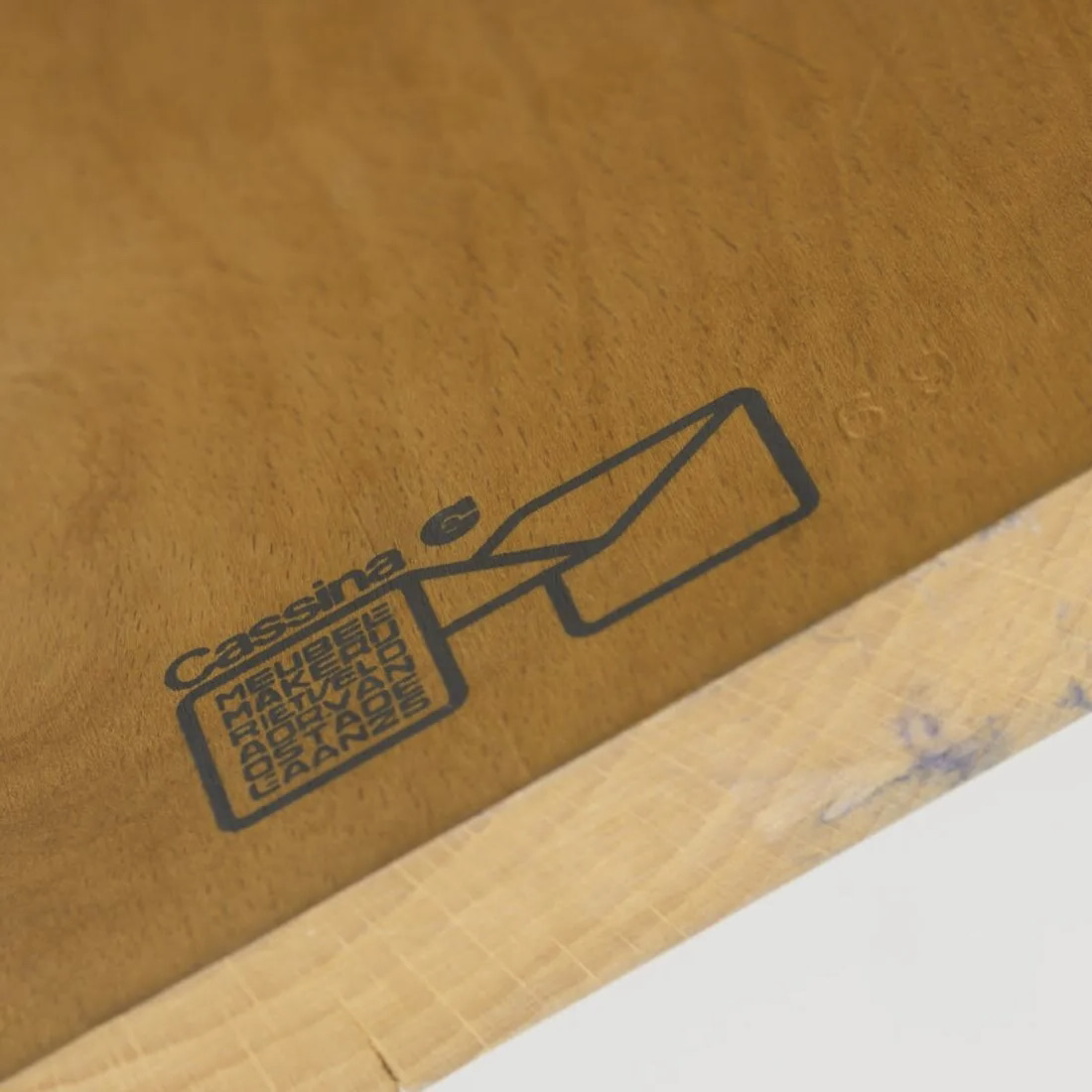 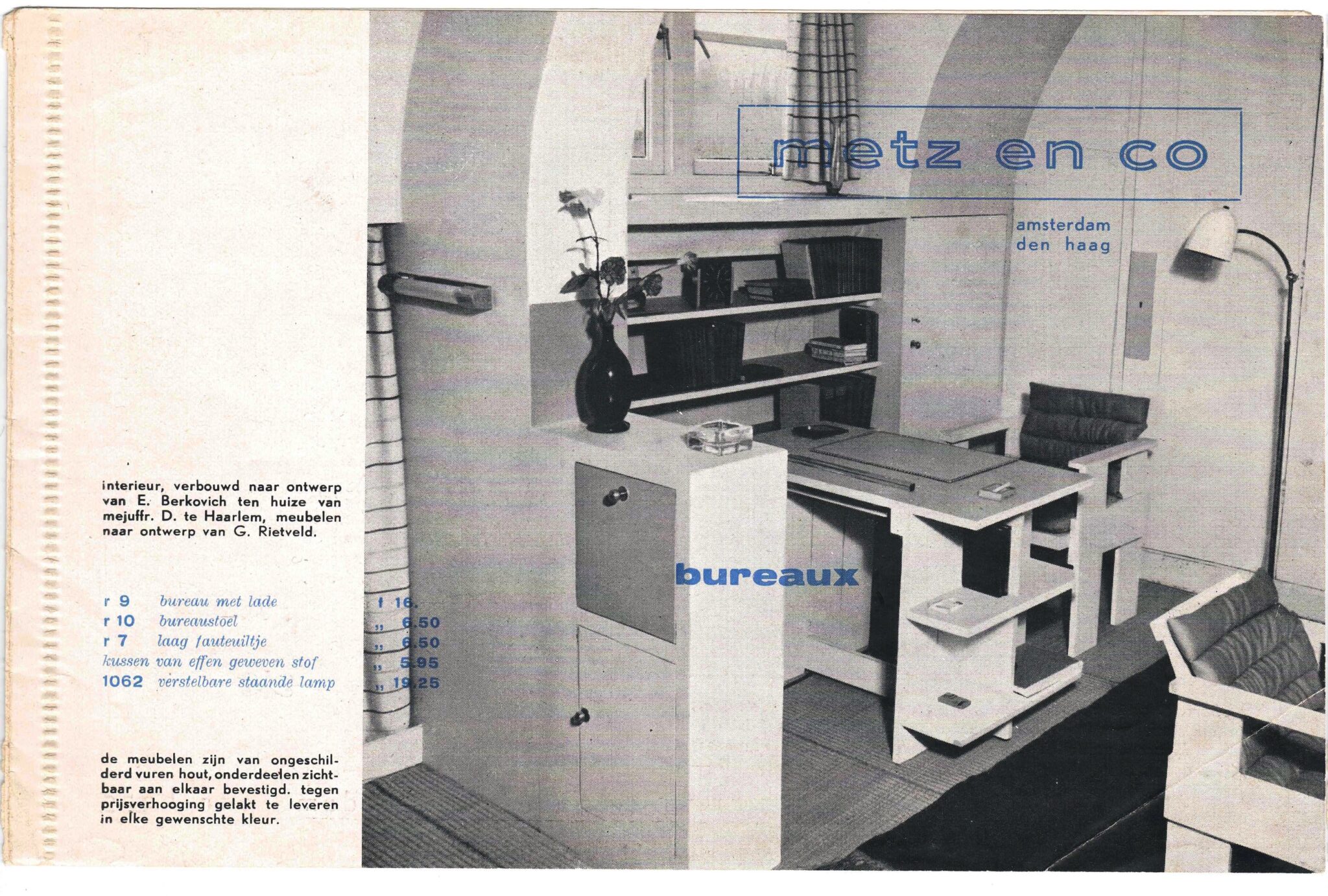 Crate Desk by Gerrit Rietveld, Designed in 1930s The Netherlands

Nice Gerrit Rietveld 'Crate' desk'. This desk is designed in 1934, however, we think this is a Cassina edition from the 1970s. This desk is made out of ash wood and has a colorless lacquer.

'Gerrit Rietveld designed the 'crate' series of furniture built from standardized pine boards – cheap material for packing crates – which were soon well-known as ‘crate furniture’. 'From 1935 on the progressive designs appeared at Metz & Co, where furniture by Rietveld had already been sold since 1930. The crate desk is also from this period before the war; purchased by the main store at the Keizersgracht in Amsterdam. This piece of furniture was relatively inexpensive. A painted model could be ordered for 16 guilders, while a fancier desk designed by Rietveld and Schröder in 1931 was ten times this price. In the store’s flyers, the furniture was labeled as ‘weekend furniture’, meant for ‘weekend homes, sunrooms, student and children’s rooms’. This intended function is not just indicative of the wealthy clientele, but also implicitly shows the somewhat skeptical attitude that the store had towards Rietveld’s latest designs.' (source kunstconsult.com)

This desk is in good condition with wear and tear due to its age, primarily stains. For us, this adds to the authenticity.

Don't miss out. Reserve this item!

Thanks for your message! This item is reserved for you after receiving a confirmation from us.
Oops! Something went wrong. Try again.

How does it work?

Do you have questions? Feel free to ask them!

Thank you for your message! We'll get back to you soon.
Oeps! Er ging iets mis. Probeer het opnieuw.

Get a shipping quote

We offer world wide delivery. Free delivery for the Netherlands and Belgium.

Thank you for your message! We'll get back to you soon.
Oeps! Er ging iets mis. Probeer het opnieuw.

How does it work? 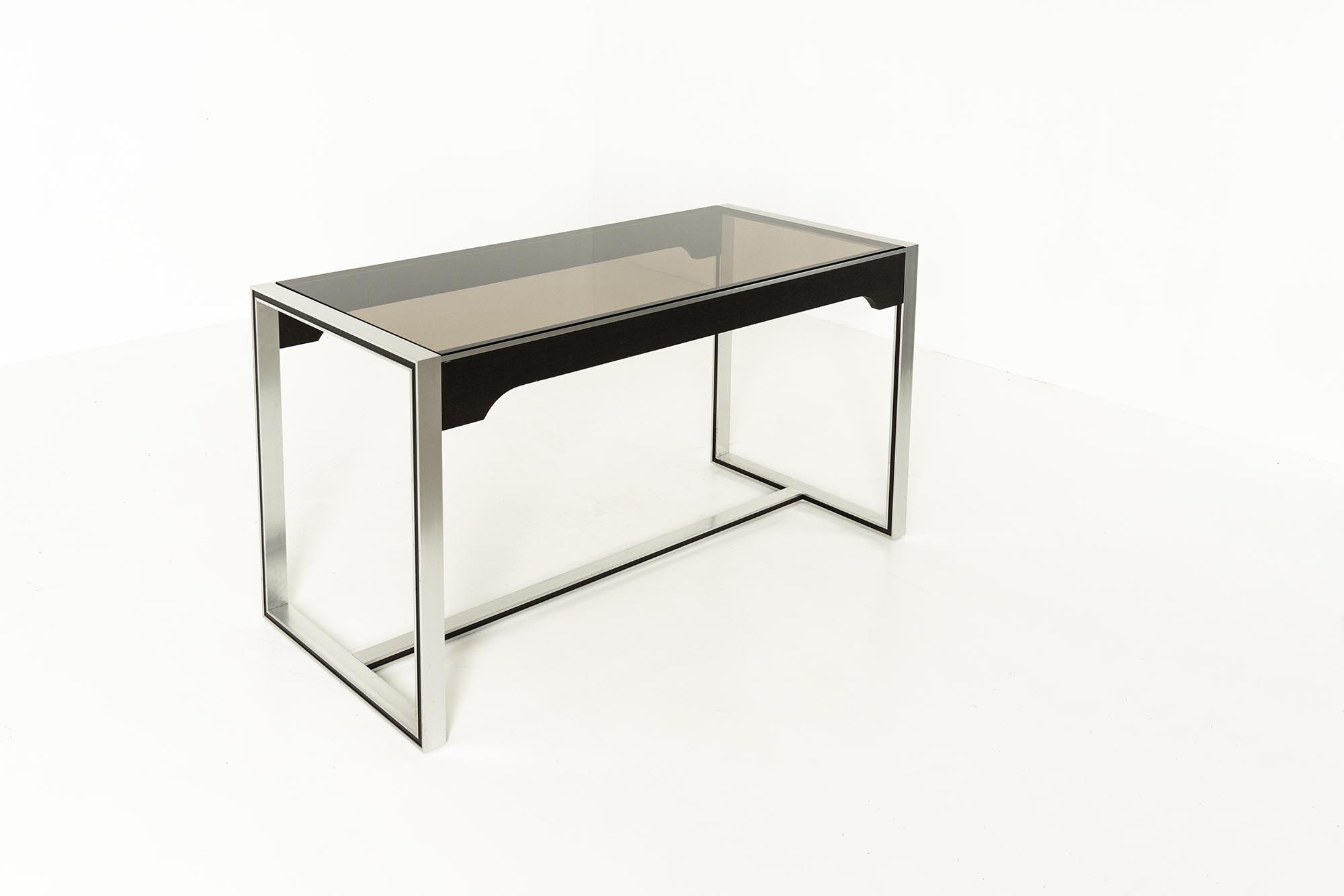 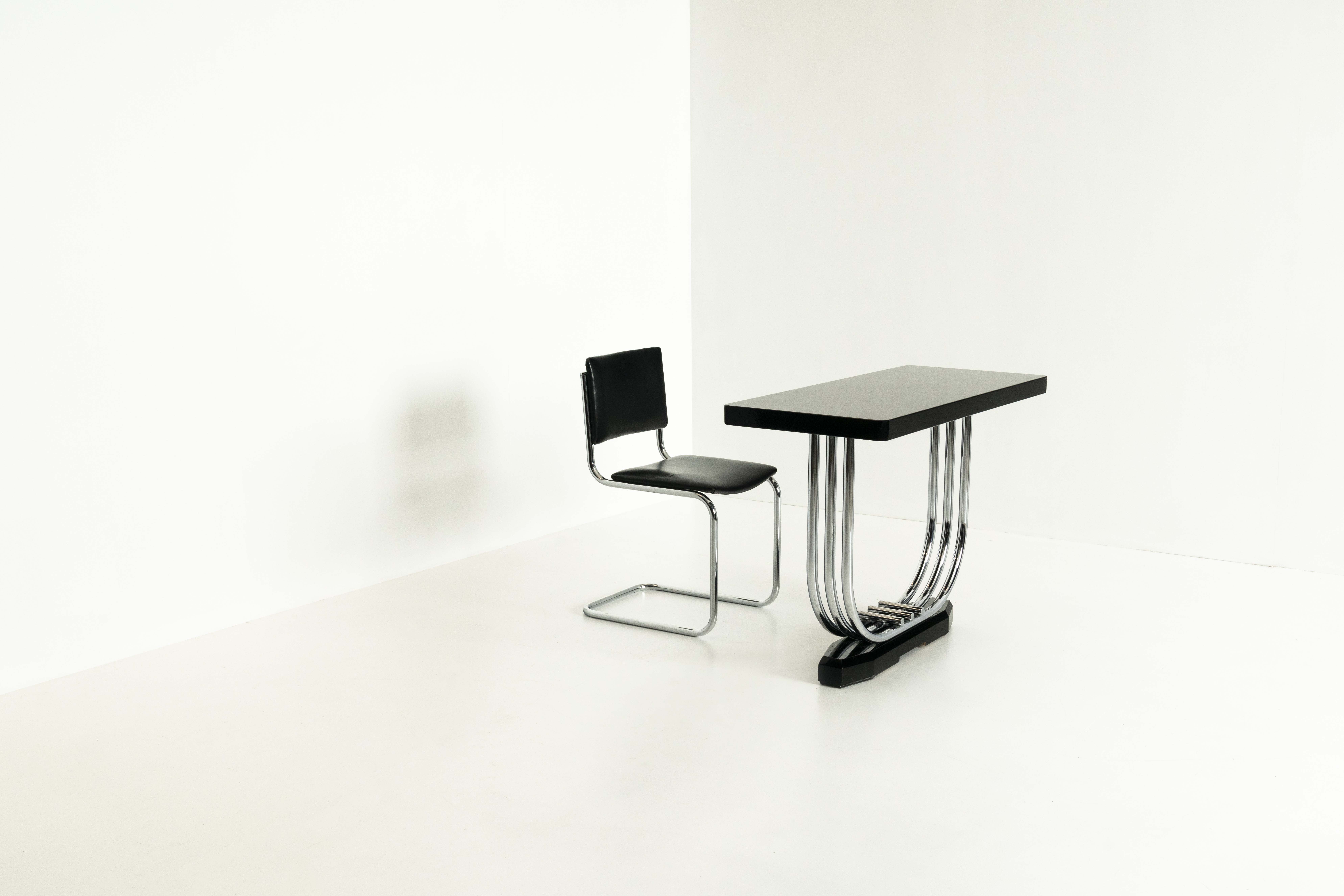 This bar is amazing. Beautiful and exactly as described. A custom crate (which was a work of art itself) was built in order to ship the piece to the U.S. The bar arrived in perfect condition without a scratch. I will say that take the crate apart was not easy and was a two-person job. But worth it in the end